Islamic finance is a part of the global financial services industry that is continuing to expand, both geographically and in terms of the industries and sectors that it services. As further expansion is anticipated, particularly in the aviation sector, Michael Savva, from legal firm, Watson Farley & Williams (Middle East), explains what is involved.
Financiers of various types are active in the aircraft finance market, from commercial banks and operating lessors through to private equity firms, all of whom are looking to invest in the sector.
The last 18 months alone has seen GECAS’ $1.775 billion acquisition of Milestone Aviation Group, private equity firm Clayton, Dubilier & Rice’s $500 million investment in CHC, and multi-million dollar revolving credit facilities made available to LCI and Waypoint.
There are, therefore, many options available to lessors and operators alike offered by financiers in the conventional finance space.
While Sharia-compliant, Islamic financing of aircraft is not a new phenomenon, Islamic banks and financiers, like many of their conventional counterparts, are now increasingly looking at the aviation sector with a great deal of interest and optimism.
Islamic finance need not be, and is not, confined to Muslim countries or to Muslim customers; rather it is a global phenomenon that, while being prevalent in the Middle East and other predominantly Muslim countries, including, for example, Malaysia, is also used extensively in the Far East, Europe and the USA.
It may be used by Islamic financiers to assist customers who have no particular need or desire to avail themselves of an Islamic finance product at all. Equally, non-Islamic financing institutions may find that their customers demand the availability of Islamic finance.
In the aviation market, potential expansion into Iran following the lifting of sanctions will see the need for Islamic finance techniques to be used to back growth still further.
Islamic finance should be considered as an alternative source of funds for aircraft lessors and customers/operators alike.
The principles of Islamic finance are not, in fact, at all unfamiliar. They are similar to many conventional banking techniques – in particular, asset and project finance.
Islamic finance involves the application of the Sharia (Islamic) law – the law revealed in the Quran, the central religious text of Islam, through Hadiths, a collection of reports of the sayings and actions of the Prophet Muhammad, and through the Sunnah, a traditional portion of Islamic law, based on the words and acts of the Prophet Muhammad, and preserved in the traditional literature – to the finance sector.
Financing structures and techniques that conform to, and comply with, Sharia principles and which are legal, valid and binding under conventional laws, and which are enforceable in the secular courts or through arbitration, are central to the concept.
There is, of course, nothing particularly new about Islamic finance as a concept and it has been a source of finance for many products and in many sectors for a significant period of time. However, it is fair to say that, in the aircraft finance sector, at least, it is not as prevalent as financing using conventional techniques.
In summary, an Islamic finance transaction must be free from unjust enrichment, form an integral part of a trade or economic activity (for example, sale, lease, manufacturing, partnership) and comply with certain restrictions relating to the payment and receipt of interest (riba), uncertainty of contractual terms (gharar) and gambling/speculation (maysir). In addition, it must not be used to promote businesses that are viewed by the Sharia as inherently harmful for human health or spirit, or the social fabric (such as alcohol and gambling).
Islamic finance may be used where both customer and bank have a requirement or wish for transactions to be documented and conducted in a Sharia-compliant manner. It may also be used in circumstances where an Islamic finance institution is providing finance to a customer who, while having no particular need to raise money in a Sharia-compliant manner, is offered the best deal as to pricing and terms from an Islamic financing institution.
Equally, it may be used where an Islamic financing institution offers an alternative source of funds in circumstances where, for example, the customer may have already exhausted available conventional credit lines.
Islamic finance products are offered by a range of Sharia-compliant banks and financial institutions.
They may also be provided by financiers who are, for the most part, non-Islamic finance providers, through Islamic ‘windows’ – Islamic departments within conventional banks. However, there is some debate as to whether this constitutes Islamic finance and there is a clear divergence of opinion on this in academic circles.
It should be noted that it is also possible to harness both Islamic structures and structured finance products within the envelope of a specific transaction. On this basis, it is possible, for example, to have both Sharia-compliant and conventional tranches within the same financing facility.
There are a number of Islamic financing techniques that can be used to finance aircraft. Those most pertinent to and commonly used in aircraft finance are:

Tawarruq/reverse murabaha
Murabaha is, perhaps, the simplest Islamic finance technique used and originates from trade finance. The technique, in its basic form, involves a contract for the purchase and resale of a physical asset.
The bank purchases the asset that its customer has identified and sells it to the customer at an agreed profit on deferred payment terms (instead of charging interest).
The murabaha concept has been adapted using a series of back-to-back commodity trade transactions, to form a structure (known as tawarruq or reverse murabaha) that can best be described as a means by which financial institutions can fund transactions in a manner that is Sharia-compliant, rather than using conventional loans from the interbank markets.
Under a reverse murabaha, a series of transactions takes place by reference to the buying and selling of a commodity, the net effect of which is that the customer is obliged to pay a sum of money to the bank at a future date and that sum represents the bank’s outlay, plus a profit element. On the settlement date, the customer can either pay the full amount outstanding to the bank or pay a portion of the outstanding amount and enter into a new transaction with the bank but for the (lesser) outstanding amount, thus amortising the debt over time. The net effect of all of these arrangements is akin to a fully drawn amortising revolving credit facility.
This technique can, for example, be utilised to provide pre-delivery (PDP) financing for aircraft under construction. The customer uses the funds from the commodity trade to pay the PDP instalments owed to the manufacturer and the bank takes security over the underlying manufacturer purchase contract (istisnaa) and, if applicable, any related bonds or guarantees.
A recent example of a transaction using this sort of structure is the Bank of London and the Middle East (BLME) and Lloyds facility for LCI to be used to finance PDP payments for a number of Airbus H175 and H225 helicopters. That facility was structured so as to include both a master murabaha facility from BLME and a conventional facility from Lloyds, with Lloyds acting as mandated lead arranger under both facilities.

Ijara
An ijara is a lease. Different types of leases (operating leases, finance leases), as well as a form of hire purchase (ijara wa iktina), are possible in Islamic finance.
Sale and leaseback is also possible, although, certainly for the acquisition of new aircraft, there is a preference for title to pass directly to the bank, as owner, from the manufacturer.
Ijara can also be linked with other Islamic finance techniques so as to enable PDP financing by linking the ijara to the istisnaa contract, with the lease being a forward lease or agreement to lease and the customer being appointed as the owner’s agent to supervise the pre-delivery and completion stages in the usual manner.
Some of the common features of an ijara financing include the following:

A sukuk is, in effect, an Islamic bond, although it has a number of differentiating and defining characteristics.
It can be used in conjunction with other Islamic structures such as ijara.
The underlying asset can be any halal asset – an asset permitted or considered legitimate by the Sharia – and, while the majority of sukuk have tended to be real estate-backed, this type of financing is being increasingly explored in the aircraft finance sector as well.
At its simplest, a Sukuk involves the amount subscribed by investors being used to purchase an asset (such as an aircraft) using a single purpose company, for the purpose of leasing out the asset and charging rental. The rental stream, which is the only income of the single purpose company, is distributed to the subscribers according to their interests. The subscribers hold certificates (sakk certificates) of proportionate entitlement that represent the pro rata ownership interests of the subscribers in the underlying assets.
The Emirates $913 million UK Export Finance-backed sukuk earlier this year (the first time that a sukuk has been used to pre-fund the acquisition of aircraft and the first ever sukuk financing for A380 aircraft), is a prime example of the use of sukuk in the aircraft finance sector.
This involved the issuance of certain certificates (due 2025) by Khadrawy Limited, guaranteed by the export credits guarantee department of UK Export Finance. The proceeds from the issuance of the certificates were to be used to fund the acquisition of four Airbus A380-800 aircraft for operation by Emirates.
For corporates looking to the public debt markets, using a sukuk potentially taps a wider market than a conventional bond, as the differences between a conventional bond and a sukuk are minimal. A downside is that some conventional investors may be put off by the references to Sharia compliance in certain markets.
Sukuk is also often used as a means to sell down bilateral transactions, either on an individual basis or on the basis of a series of bilateral transactions packaged as a sukuk. This often looks more like a private placement.

It is worth noting that other Islamic finance structures, such as musharaka (akin to a partnership or equity financing) and modaraba (akin to a funded participation arrangement), are not particularly prevalent in the context of aircraft finance transactions.
In part, this may be due to the perceived relative complexity of such structures as well as, in the context of musharaka at least, the fact that the requirement for a partnership arrangement may be off-putting for some financiers.
Islamic finance is a part of the global financial services industry that is continuing to expand, both geographically and in terms of the industries and sectors that it services. Further expansion is anticipated, particularly in the aviation sector, as a result of, among other things, the potential for growth of the aviation market in Iran.
From a legal and commercial perspective, Islamic finance structures (including those noted in this article) are now robust and tried and tested.
For both reasons, Islamic finance should be considered as an alternative source of funds for aircraft lessors and customers/operators alike. 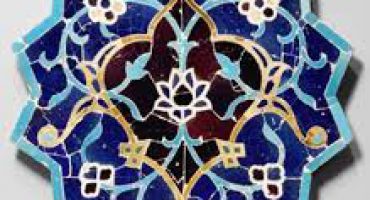 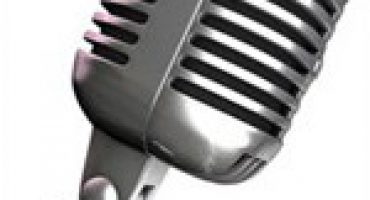